Card/puzzle mix not for everyone

We admit that we were inspired by the new Netflix original series: The Witcher. We decided to return to the world of Gerald of Rivia and write several reviews about the games about that universe. So we decided to start from Thronebreaker: The Witcher Tales review an outstanding multi-genre game.

Thronebreaker: The Witcher Tales is a spin-off of the worldwide famous game series about The Witcher. But this time you will get absolutely new experience. Thronebreaker has a unique combination of RPG with card fighting and puzzles. In addition, all of it fits perfectly the fascinating story and lore of The Witcher. A huge world with stunning beauty and suspense, the world with hidden miseries, monsters and treasures!

You will explore it while playing for Queen Meve, along the way, taking an important choice in current situations. The most part of fights or events will occur in card mode or puzzles with particular circumstances. You can build your deck yourself in two ways. First by finding cards, second by gathering resources such as Gold, Wood and Recruits.

If you want to get great exploration and fight bonuses don’t forget to upgrade your camp! That will open a lot of new opportunities!

Graphics in the game is at the highest level! That you can see in the huge world with a lot of tiny details. Moreover, you will see animated dialogues and cutscenes together with animated card fight. Also, you shouldn’t forget about topnotch card art.

As in any other card or strategy game, the most part of the controls is performed with a mouse. The Witcher Tales has intuitive controls. On the other hand, you may face difficulties with reaching a specific place or object in the map. Sometimes you will need to click next to an object to interact with it.

A perfect soundtrack related to any game of The Witcher video game franchise. Separately, it is worth noting the voice acting of the dialogues. As they allow you to further plunge into the gameplay.

The narrative is a basic part of the game. You will learn a fascinating story about Queen Meve, the ruler of Lyria and Rivia. She tries to stop Nilfgaard’s assault on her lands. On the side solving local problems of her kingdom, such as bandits’ and monsters’ raids on innocent people. Moreover, some of your decisions will influence the further story!

If you liked our Thronebreaker: The Witcher Tales review, please, share it with your friends on Social Media. And for more information about the game visit its Steam page here. 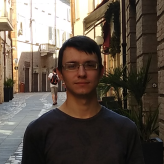