In every RPG a character has a number of skills and abilities that a player can learn by spending skill points to upgrade them. Diablo 2 Resurrected has different classes and each of them has put to three specializations. The way you spend your skills identifies your playstyle and build for the character. But in some cases, you might not be satisfied with your build and start wondering how to respec in Diablo 2. You will find the answer here.

Respec is slang for respecialisation and refers to a game feature that allows players to partially or completely reallocate the points they have spent in various skills and stats. In Diablo 2 Resurrected players can now respec in two different ways. Each of them we will describe below.

In Rogue Encampment, Act I speak to Akara and take the quest called “Den of Evil”. The quest requires you to kill all the monsters in the Den of Evil. It is located in the Blood Moor, the first zone outside of the town. Usually, you will need to kill around 50 monsters but the number can vary. But no worries, the game will tell you when you are almost done. Starting from five monsters left you will see the countdown in the Quest Window. As a reward for completing the quest, you will be granted one skill point and one free respec from Akara. Den of Evil quest can be completed one time on every difficulty.

The second way to get a respec is to obtain the four essences as random drops from the Act Bosses. Combining these four objects in a Horadric Cube will create a Token of Absolution, granting the desired respec.

The following essences drop only from bosses killed at Hell difficulty:

After you combine these essences in the Horadric Cube activate a Token of Absolution to respec all the skills and stats. You can farm the essences as many times as you need. 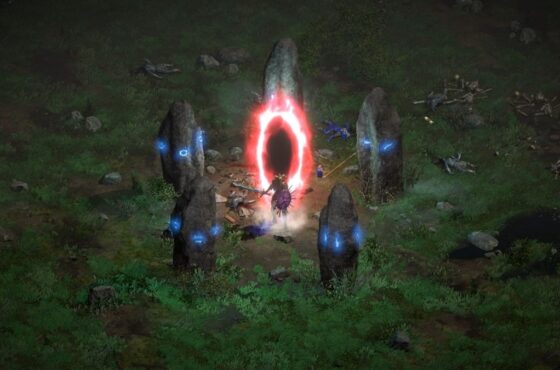