A couple of days ago a new add-on called Trollslayer was released for Stoneshard. And today I’d like to share with you the most interesting things I noticed in this Trollslayer review. The last time I played when Patch 0.5.7.15 came out and a lot have changed since then. The game has become much more interesting and more difficult.

In addition, many new features and content appeared. Moreover, now you can play with several champions without replacing files as Save slots have been added!

First of all, I want to talk about changes in talents and skills. The magic was significantly nerfed, and now it is on a par with other classes, which added interest to pumping the mage, without overpowered abilities as before. In addition, two new branches of talent appeared – Athletics and Combat Mastery. They help create a unique game style, complementing the abilities from previous branches. For example, the ability to push away the enemy or slow down, as well as strengthen the ability of your character or weaken the enemy. Also, the system of equipping and gaming economy has changed. Now you have to save up for a good upgrade or new treatises!

Opponents have become much more dangerous – now they have new skills, which they use in the most appropriate time. I would also like to say thanks to the developers, now random ambushes on low levels are less common and less dangerous. Also, enemies are more likely to spawn immediately upon entering the level. It is especially convenient in the dungeons.

With the increased complexity of the enemies, the opportunity to cook food at the stake was very useful. Now various meat falls from animals, and mushrooms can be fried and you get an excellent source of food. Also, there are new plants, for example, henbane gives you battle rage. And do not forget to buy a shovel from a merchant – now you have the opportunity to dig up graves!

The developers paid due attention to quests and storyline. Now the main quest has a logical end. At least for now, because later we are waiting for the continuation of the storyline. New dialogues have appeared at many NPCs, there are even a couple of hidden quests for those who carefully read the dialogues! Merchants will now sell better quality items to those who have built a reputation with the city by completing various contracts.

In overall it is very nice that the game is developing. We look forward to new patches (especially new talent branches)! 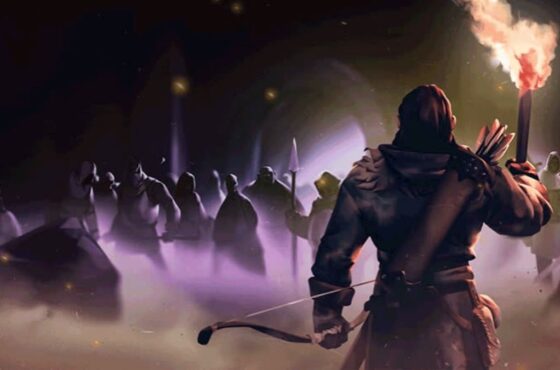