Are you Legends ready for your weekly feeding of epic combos, jaw-dropping wins, and face-palming fails? The theme of this week is full-team annihilations. When things start to go bad for the enemy, they start to go bad quickly. Let’s break down the clips together and vote for which one you think is best.

Our first clip of the week is in Warzone and involves a staircase, a helicopter, and two very surprised enemies with their heads blown off. Remember when you were a kid and your parents sent you down to the basement for a can of soup? When the lights were on, it wasn’t so bad, but once you flicked that switch and plunged the basement into darkness, you sprinted up those stairs like a bat out of hell. You don’t care what’s ahead of you, you’re too busy looking behind. Now imagine your surprise when you sprint to the top of those stairs and a helicopter sits waiting for you, machine guns a-blazin’. Why take the stairs when you can take the chopper?

Our second clip comes from Overwatch, where our Reinhardt-using protagonist takes Disney’s place as the top Frozen of the decade, slamming down the whole enemy squad down before letting them go with the Reinhardt ram… directly over the edge of the map. As if getting aced by a Reinhardt isn’t bad enough, our hero hits them with the dance moves while they fall to their untimely demise below. The only thing more embarrassing than getting pushed off a balcony is having someone flex on you while doing it, right?

In the third clip of the week, a DOTA player experiences rebirth as Phoenix at the expense of the entire enemy team. After zipping into the heart of the enemy, our protagonist ends his own life. The enemy team gleefully attacks the Phoenix egg, but in the words of Jojo, “Too little, too late”. BOOM! Our hero emerges from his cocoon, stunning the entire enemy team before laying into them with a laser beam that Cyclops would be proud of. Talk about high risk, high reward. Well, which clip won? Was it the Warzone Helichopper on a Staircase, the Reinhardt Ram, or the Flight of the Phoenix?

Check out the video and let’s hear your thoughts. New episodes are released every Friday 11am PST (2pm EST). Make sure to vote for your favorite, and we will see you next Friday!

Corbin is a filmmaker and digital content producer committed to positively impacting those around him by helping them actualize their dreams. He has a huge passion for gaming and has been playing a variety of titles for over 25 years. Known as the “Human Swiss-Army-Knife” you'll often find him working on a variety of projects from social media marketing to documentary filmmaking; Corbin is always looking for new ways to make an idea into reality.
Related Posts 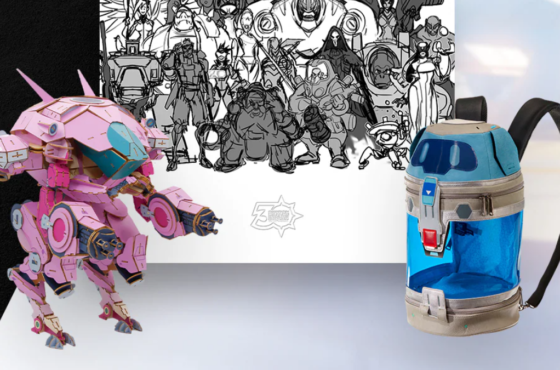