Previously we have written about the games that have impressed players in 2020, but what is waiting for us in the upcoming year? We have made a list of the most awaited games upcoming in 2021.

Developed and published by IO Interactive stealth game. This is going to be the final chapter in the World of Assassination trilogy. Players are going to experience nostalgic adventure in the sandbox world walking you through the most popular mission of Agent 47. Prepare yourself for dramatic ending though.

Great horror story with a new perspective. You will feel the atmosphere of this game on your own skin. Nightmares 2 has won several rewards for being one of the most waited games.

Another sequel of Far Cry made and published by Ubisoft. When it comes to their games prepare for rich and deep story with a lot of cutscenes. Dive into the adrenaline-filled world of a modern-day guerrilla revolution.

Horizon Forbidden West is an upcoming action role-playing game developed by Guerrilla Games and published by Sony Interactive Entertainment, and set to be released in 2021 for the PlayStation 4 and PlayStation 5. The next part of the posapocalyptic generated future is coming soon.

This action role-playing video game developed by Hardsuit Labs and published by Paradox Interactive will make you tremble with excitement. As a vampire in the World of Darkness, you have to figure out your place and navigate a seedy underbelly while wielding vampiric powers. Every decision you make will matter, and you cannot break the shadowy Masquerade, the veil that keeps the world and vampires and other night creatures hidden from humans.

New World is an upcoming massively multiplayer online role-playing game by Amazon Game Studios set to be released in early 2021. The world is set in the twilight of the Age of Exploration, during the 17th century. Players can band together to reclaim monster-haunted wilds and build thriving civilizations or strike out alone, surviving in the face of supernatural terrors and murderous player bandits. With emergent gameplay and rich social features, including deep Twitch integration with broadcaster-led events, achievements, and rewards, the only limit in the New World is a player’s ambition.

Hogwarts Legacy is an immersive, open-world action RPG in the magical world of Harry Potter. Enter Hogwarts and start your journey in the school of witchcraft and wizardry. Your character is a student who holds the key to an ancient secret that threatens to tear the wizarding world apart.

Dying Light 2 is an upcoming survival horror action role-playing game developed by Techland. Enter places no one else dares. With your unique abilities you have the power to be an agent of change within this decaying metropolis. The fate of the city is in your hands.

Humankind is an upcoming 4X video game being developed by Amplitude Studios. You will guide a civilization from the Stone Age to the Space Age with an ability to swap between other civilizations. Each culture brings its own special gameplay layer, leading to near-endless outcomes.

So this is over list of the best games coming in 2021. And what games are you waiting for? 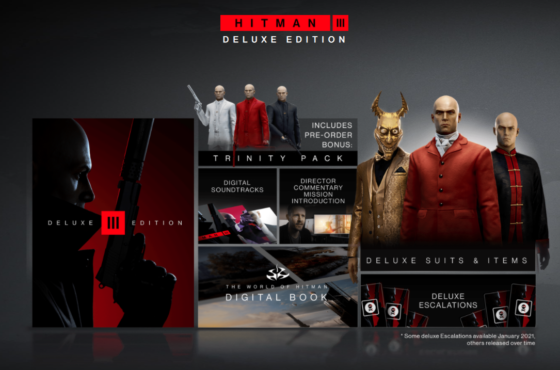