What is Forza Horizon 5 Location?

The next game in Forza Horizon is coming to PCs and consoles soon. We have already mentioned the list of Forza Horizon 5 cars and answered frequently asked questions. Now we’d like to tell you more about Forza Horizon 5 location.

Forza Horizon 5 location is in Mexico. You will see a lot of real-life landscapes and cities around the game. The vast majority of the game will take place in Guanajuato the actual city in Mexico. This city is the best place for all street races. You will see narrow streets accompanied by grand squares and followed by a fascinating network of underground tunnels.

If you are familiar with Forza Horizon series gameplay you know how multiplayer works. You will be able to street race Guanajuato together with your friends and wait until other multiplayer modes will be unlocked. While in single player you will be driven through the country’s diverse locations via the campaign of Horizon Festival. You can expect many modes from previous games from the Forza Horizon series as well as the new Mexican mini-game Piñata Pop, where a plane drops a payload of piñatas that players need to track down and pop.

But the best thing of all is that Forza Horizon 5 has the next and largest open world from all the series. And you will see that the selection of Mexico was not a coincidence. The country is full of different and various landscapes from deserts and rainforests to canyons and tropical jungles. In addition, developers have added historical places of interest from Mexico to Forza Horizon 5. And on top of it are weather changes of all four seasons that influence Mexico differently in different regions. You will see and experience all of them, which makes Forza Horizon 5 Mexican adventure more extreme.

And that’s not all as developers have been working in the collaboration with Mexican artists in order to make the best atmosphere of Mexico in the game. You will get to learn more about Mexican culture, history, art, music, etc. To form the whole picture you will hear Mexican scriptwriters and actors voices in the game. 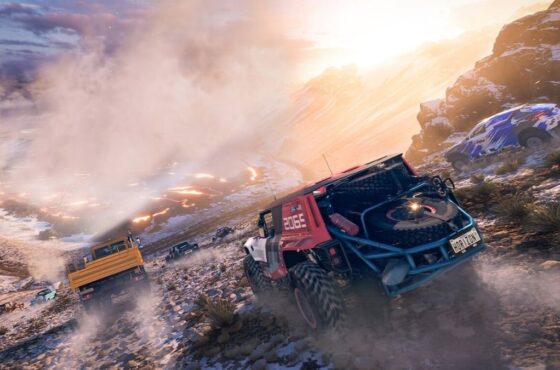