There are a lot of new implementations are going to be added into World of Warcraft when Shadowlands releases. You will see a new crafting system with runecarving, find a lot of new ways to customize your build with soulbinds and even more. But the most interesting thing is Torghast, Tower of the Damned. Here you will learn the basics of Torghast.

If you love dungeon crawlers then you’ll love Torghast, Tower of the Damned. Torghast is a new game mode in Shadowlands, where you enter the instance that randomly generates enemies, NPCs and challenges on every floor. Of course, there are different levels and difficulties, but we will talk about this later.

As for the structure. There are six wings and with six floors each and an endless mode called Twisting Corridors. The important thing that a lot of new content, items and legendaries’ craft depends on Torghast, do you ought to visit it a lot of times.

How to unlock Torghast?

First of all, you need to reach level 60 and pick the covenant. After that you will be able to start an introductory questline in The Maw around Broker Ve’nari. Also, you will need to unlock Torghast only once as it is account-wide.

When you complete the introductory questline you will see the entrance to Torghast at the far back of Ve’nari’s Refuge.

As you enter the portal you will appear in the Torghast Antechamber the main central area with portals to other parts of the dungeon. To get materials for Runecraving and Soul Ash you can enter one of the six individual wings:

Is the picture above you can see also Twisting Corridors. There you can find items to get cosmetics. That’s an endless mode, where you can farm until reach the limited number of deaths.

The other left wing, that is not sighted up is the place where Runecraver is located. There you’ll be able to craft and forge legendary items. You can change your gear, soulbinds and specializations there as well.

Other floors layouts are random. You will start from straight forward corridors, but later they will change to more difficult layouts as you proceed.

You can farm Torghast solo or in a group up to five players. The number of players will influence difficulty and loot.

When you enter a wing you can choose one of the eight difficulties from Wayfinder. The highest difficulty you can enter is defined by the level of the lowest member of your group. Portals to higher levels are opens after you complete the previous level.

There are no timers in Torghast, but you run duration is limited to the number of deaths that you are allowed to experience. The maximal number of deaths is shared among all group members and their number depends on the group number as well.

If you waste all deaths you will have 30 seconds to escape the facility. In 30 seconds a mighty creature Tarragrue will appear to hunt you down.

Every room that you enter must end by defeating Empowered Guardian, otherwise, you won’t get to the next level. Also, there is special sequence of rooms: every third room is a break room and every sixth floor will be a boss room.

Here you can exchange Phantasma for various items. This floor is short and usually contains Tormented Souls and Anima Cells. Also, you can  change your specialization, gear, or Soulbinds near the friendly brokers.

On every sixth floor you will face a boss. In addition, before the fight you will be able to buy items from friendly brokers in the room. Defeat a random boss to get rewards from Resonating Chest and proceed to the next level.

In addition, to killing monsters you can get some extra rewards, such as Phantasma by completing side objectives. Such as quests, puzzles, killing Rare Elites, and looting chests etc.

Also, you will see a lot of other objectives that will increase your powers. For example, you can free Tormented souls to get Soul’s Blessing buff that increases your primary stat by 1%. But not only souls are waiting to be released, find covenant members and complete their encounters to get extra rewards such as Anima Cell. You can read the whole list of Torghast Objectives in our other post below.

As you can see Torghast, Tower of the Damned is a great place to farm and have fun. So don’t hesitate to try it out as soon as possible. 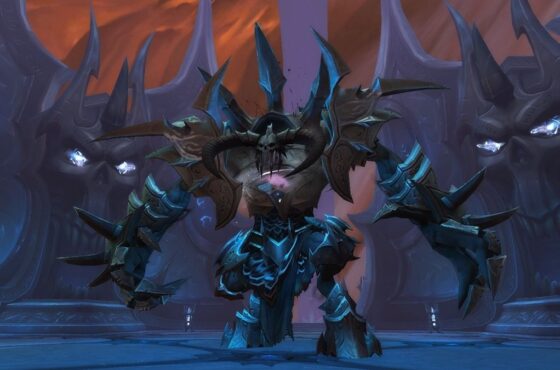