New teaser of Path of Exile 3.13.0 New League has arrived. As you can see there are presented some new gameplay implementations but no details or explanations have been made so here we will try to learn more and share with you some thought from PoE community.

As we can see from the video there’s going to be some remake of previous leagues such as Harvest, Bestiary, Legion, Blight and Abyss. But how that will influence the game play?

So in the first clip, we see a bunch of orbs surrounding this device, each with monsters in them. Interestingly enough the one in the bottom right of the screen is the Goddess of Justice. That can mean that we will need to encounter each of them and win not only to receive loot but to open the path to the league boss.

In the two ‘action’ clips, we see what appear to be new and improved Dark Shrines. And on the ‘ascendancy’ esque screen, we see nodes relating to Bestiary, Blight, Legion, Abyss, and Harvest. With Harvest and Abyss having 2 minor nodes and 2 major nodes each, while Blight having its Minor and Major node-locked behind Legion’s. Perhaps the small nodes enable those mechanics, are provide a larger chance to encounter them. While the larger nodes could provide an additional benefit to those mechanics. Though it’s interesting that Bestiary is present, as that’s the only mechanic out of all the ones shown that can be guaranteed easily via Einhar’s missions. So may be we are going to face a rework.

Players are excited about the new league and have some expectations of their own.

“I am 1000% down to have the ability to choose what mechanics I’m running into in maps. I’ve been wanting something like this since Incursion as it not only eases players into all the different things, allows us to avoid/reinforce mechanics we personally don’t/do like, but it also significantly increases the capacity for bloat PoE inevitably accrues through the league formula. I will say I hope the shown device setup changes at least a little bit, namely in what mechanics are prerequisites for others. Imho it would make a lot more sense thematically and mechanically for Harvest to be dependent on Bestiary and Delve to be dependent on Abyss. Granted I expect the ‘Map Ascendency’ tree to shuffle along with the atlas itself so it’s probably a moot point.”

“This one has a mountain symbol in the centre. So maybe there’ll be different “loadouts” of leagues, and we get to pick one (like an atlas ascendancy), and level it up to unlock all the leagues (and league-related perks?) over time. This stops people from feeling like they have to pick the “optimal” sets of X leagues, as ideally, all the different league sets would feel balanced in terms of OVERALL rewards.”

While others try to figure out what PoE 3.13.0 is going to be we are waiting for the official announcement to share with you all the details. 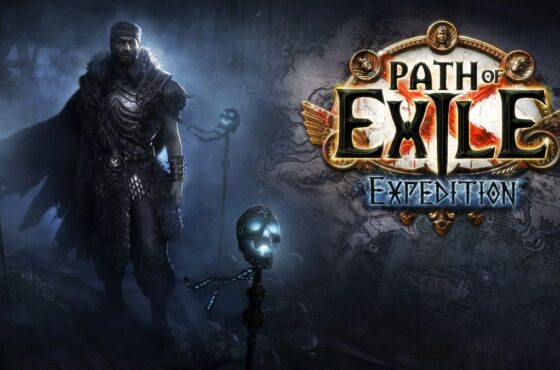