The new event is coming to Wild Rift. The theme is about Yourdles. Read more details below.

Join the quest to bring yordles from across Runeterra into Wild Rift!

This trip features rewards for the whole server and a personal track to see just how far you can go, so let’s set our best foot forward and get moving!

The time has come for Runeterra’s favorite pint-sized pugilists to emerge from Bandle City and enter the spotlight!

As the event progresses, more ground will be covered on the Yordle Progress Map. Every region reached holds a unique surprise, which more often than not entails a new yordle entering the fray.

Every yordle knows that the journey is just as important as the destination. That’s why they are giving players the opportunity to venture forth with special daily tasks!

Players receive 3 new daily tasks every day at 00:00 UTC, which will replace the previous day’s tasks regardless of your current progress.

Daily tasks include objectives like Get 10 kills, Cast your ultimate 15 times, and Win 2 games, so it should only take a few games to step it up and get some rewards!

Speaking of, the objectives may vary, but the rewards will always be the same: 20 Steps + 90 Blue Motes per daily task!

A special region task unlocks each time a new region is reached on the Yordle Progress Map. Unlike daily tasks, region tasks remain on your list and continue to track progress between days. You can only have up to 1 region task at a time. Once a region task is completed, you’ll be given a new one the following day if your server has already progressed to the next region. They may require a little more finessing to complete, but you’ll be duly rewarded for the extra effort!

Even if your server has already progressed to the next region, you’ll have to complete your current region task to unlock a new one the following day.

Which champions are associated with each region?

Whether by birth or by choice, many of Wild Rift’s champions are affiliated with specific regions across Runeterra. Some of these are easy to guess (like the buccaneers of Bilgewater), but others are less telling.

You might have noticed that every mission grants players with Steps in addition to more traditional rewards. The list of Step Rewards is below.

Rush into the Yordle Expedition and all the you deserve! 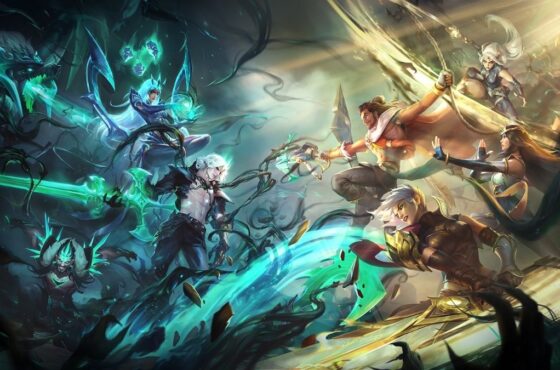