What come in Fortnite Cosmetic Update 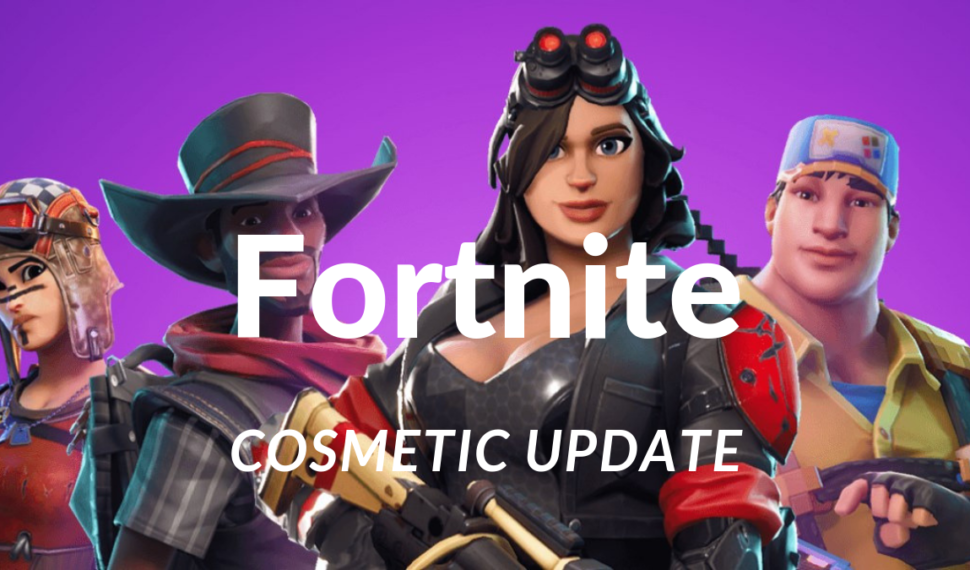 Some time ago Epic Games have announced Fortnite Cosmetic update in Save the World regime. As any action shooter Fortnite has a strong tight with cosmetics to make there players feel the atmosphere of the game in all possible ways. Some of you can go further and get Fortnite Costumes in real life. Which is actually great, if you love Fortnite as much as we do.

Epic games promise us to include many new weapon wraps to Fortnite. But we will see them only in the next season as they are working hard on polishing them making them work as good as possible.

As for the melee weapon wraps. It is rather hard to make a good looking wrap on melee weapon as it requires support as well as design. But still they are coming to the game as well! We are thrilled about these upcoming Fortnite Cosmetic Update.

The major thing is that Pickaxes come to Fortnite. There will be a Pickaxe selection in the Locker tab. that will give you an ability to customize your harvesting tool with all the cosmetics you’ve got for a Pickaxe, both to Save the world and Battle Royal modes. Also, all the cosmetics you’ve unlocked in Save the World can be used in every game mode (i.e. Save the World, Battle Royale, Creative).

Moreover, developers highlight some current problems in gameplay. Such as display of the default icon for a pickaxe in the locker, rather then the one you chose. Also, you may have seen an issue when the Banner Pickaxe Emblematic shows the banner icon and color you have selected in Battle Royale, not in Save the World. These and other known problems related to properly visualization of cosmetics in your gameplay will change for better as soon as possible.