Blaze is a ranged Tank Hero from the StarCraft universe. Its main advantages are quite good AoE damage, while it does an excellent job of being a Tank in a team. He is not only capable of initiating combat but also taking control of the battlefield. His puddles of oil, which he turns into walls of fire, give opponents no room to manoeuvre, slowing down and applying debuffs. At the same time, do not forget about his damage – he is able to burn everything around very quickly!

Flame Stream has a fairly short cooldown and mana cost. He is also a rather unusual skill shot, because each stream deals identical damage, so if you hit an enemy Hero with two at the same time, he will take double damage. This also applies to the cooldown reduction on Pyromania – each stream’s hit counts. In addition, this skill also ignites your slicks of oil from Oil Spill.

Oil Spill. This skill has two phases – the first is just spilling oil, which slows down the enemy, and the second phase occurs if they are set on fire using the Flame Stream. In this case, enemies will take damage, and Blaze will be able to restore health if standing in Ignited Oil Spills. It is extremely important to understand exactly when to set fire to these puddles, because sometimes Slow is much more important than extra damage.

Jet Propulsion ignores non-Heroic mobs (such as Minions) in its path. Great skill for initiating and keeping enemies within Combustion range. A good guarantee of hitting enemies during a charge will be the Oil Spill spilled under them.

Bunker Drop is a very specific defensive skill. It allows you to deploy Bunker, into which Blaze and his allies can enter and exit at will. While you are inside, it is impossible to attack or use skills. However, this is a great way to avoid dangerous enemy skills, remove debuffs and damage-over-time effects. In addition, while the player is inside the Bunker, his cooldowns keep progressing. This will allow you to wait out a dangerous situation while important Ability is not available.

Combustion does significant damage, especially if the channel is extended. Using this skill on important points such as Map Objective or Boss Camp will allow you to cut off enemies or inflict significant damage on them. However, using Basic Attacks or Abilities will interrupt his casting, which will affect the effectiveness of the Slow and damage dealt.

Pyromania is a very important defensive skill in Blaze’s arsenal. Additional armour will be indispensable against enemy attacks, so you shouldn’t use it just to deal additional damage. 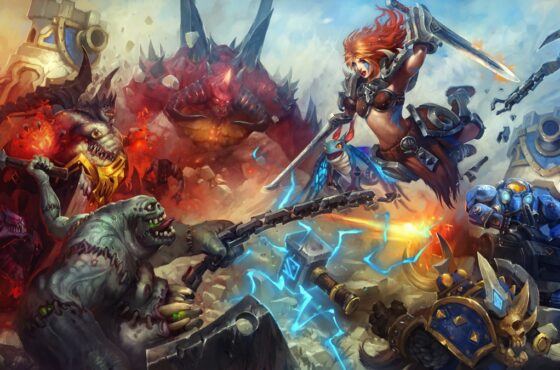