The Ys series of games has its own unique features, and for more than three decades has occupied an honourable place among the games of the genre of both JRPG and Action RPG. And despite the differences, all the games in this series delight players with their exciting storyline, atmospheric music and, of course, dynamic gameplay. The new game, Ys IX: Monstrum Nox, is an excellent sequel to the Ys series. So why is it so good?

A new story awaits us, with the familiar adventurer Adol Christin. Arriving in Balduq, he becomes a prisoner in a mysterious placec, he escapes, but on the way, he meets a mysterious woman named Aprilis. She hangs a curse on him, which turns him into a Monstrum, allowing him to use supernatural Gifts. However, now he cannot leave the city, and together with other fellow Monstrum is forced to fight hordes of dangerous creatures from the shadowy dimension called the Grimwald Nox. Therefore, he can leave Balduq only by solving its secrets and removing the curse of Monstrum from himself.

You will be able to use the unique skills of other Monstrum, which will allow you to explore the city of Balduq and its subsoil. Climb walls, find secret passages, soar over the city or find loopholes – all this will allow you to travel around the city in search of various tasks and of course treasures.

Get ready for dynamic combat with a huge arsenal of Gifts, with mechanics such as Flash Dodge and Flash Guard and Boost Mode, which will greatly increase your combat potential for a short time. Enemies will not let you get bored, because they all have different fighting styles, attacks and movements. Dangerous bosses will make you fight at full strength, especially on high difficulty levels.

Fans of the Ys series will definitely love the game. If you play at least one game from this series or plan to start your acquaintance with it from this particular game, then Ys IX: Monstrum Nox is perfect for you. The game has already been released on Steam and Stadia, as well as on PS4 and Nintendo Switch. 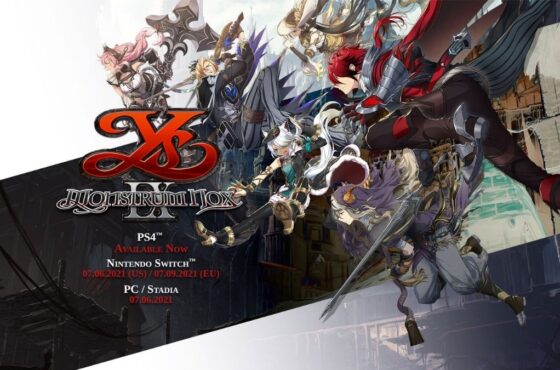