Diablo Immortal: All You Need to Know About

It’s been a while since Blizzard announced the release of Diablo Immortal. We haven’t heard much news about it recently. The game is still in development, but we gathered some pieces of information together to let you know everything we know about Diablo Immortal. Read further to learn more.

Almost 2 years have passed since the not-so-successful announcement of Diablo Immortal in November 2018 at BlizzCon. Since then, there have been no specific news or updates about the game from Blizzard. Should fans of the Diablo universe wait for this game on mobile devices, or has all work on the development of the game been stopped? One can only guess about this. We tried to collect everything that is known about the game at the moment.

What genre of video game does Diablo Immortal belong to?

Despite that platforms are new for the game, it has not ceased to be a favourite hack-and-slash action RPG, though now it will also have MMO elements and touchscreen controls. The game will not lose its single-player mode with an interesting storyline, however, the main emphasis will be on interaction with other players. The developers promised a lot of features like online multiplayer, four-player dungeons, guilds and worldwide community.

The game will have 6 classes that are familiar to us from Diablo III:

Each class will be unique, with its own sets of unlockable skills and ultimate abilities.

Discover how the Sanctuary world looked between the events of Diablo II: Lord of Destruction and Diablo III. You can see firsthand what happened to the world after the destruction of Worldstone and personally (or with friends) stop the crowds of demonic invaders who want to destroy everything in their path!

Players will be able to see how their favorite locations from Diablo III looked like. For example, the majestic Westmarch before the arrival of Malthael or the ancient Library of Zoltun Kulle in all its glory. A huge number of diverse zones and underground, unique and different from each other. Meet the characters you know from the previous parts of the series, for example Valla and her teacher. Explore abandoned cemeteries and mysterious forests, jungle and more!

Will Diablo Immortal be free to play?

As previously mentioned, there is very little information about the game, and the release date is unknown. We hope that at the upcoming BlizzCon 2020 new details about the game will be announced, but for now, you can subscribe to the newsletter on the game’s website and pre-register on Google Play. 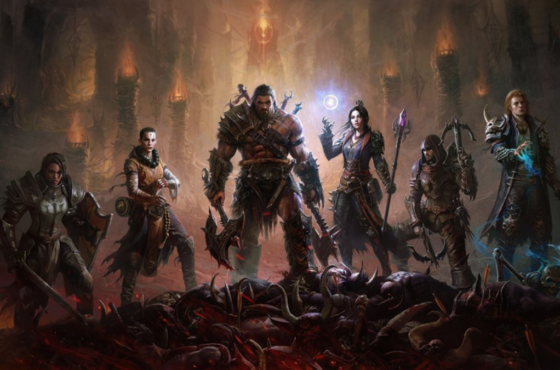