In this guide, you will find tips and tricks that will help you make your heist runs effective. You will learn how to optimize your blueprints and what contracts to activate. How to get reveal points and show to equip your rogues. We have combined the ultimate Heist guide that will become of handy to anyone.

Heist League returns to Path of Exile with some reworks! Check the post below for updated information:
Path of Exile 3.13 Harvest and Heist Reworks

How to clear a Heist

Most likely you have already completed the storyline and started the Atlas progression. And deciding to go through the contract that fell on the map, you might face the fact that it was worth opening 3-4 chests and killing several packs of mobs, as the Alert Level was almost full, and more than half the way to Heist Target. In order not to waste contracts, remember that the progress and the number of rewards in Heists depend on the correctly selected Rogues, their equipment and your priorities.

Contracts can be cleared in two ways. The first is to go to the map, open the desired chests and return to the exit (at 90-95% of the Alert level or as soon as Lockdown begins). If the contract is of a low level or you are sure that you can handle the packs, then the second option is suitable for this. If Exalted or other valuable loot falls to you, then it is better not to risk it and exit Heist before Lockdown is triggered. This option is suitable for those who have not yet farmed the desired equipment or simply want to receive a reward with minimal risk of losing it in case of death.

The second option is to complete Heist by stealing the Heist Target. It’s much more difficult, but as a result, you get Rogue’s Markers and, most importantly, experience for your Rogues. If the Alert bar fills up too quickly, then the following cleaning algorithm will be optimal. Go through the rooms and open Small Bronze Chest to half the Alert scale (or up to 70-80% if the final room is close). After that, go and open the room with the Heist Target. Very often there is a Reward Room next to this room, with a certain type of reward. If it’s not bad (for example Currency, Cards or Maps) then go back to it and open the chest. The countdown before Lockdown will start, but you will have 20+ seconds to run and pick up the Heist Target because you have already opened the door to it. After that, break through the endless packs of mobs and get out, getting the maximum amount of loot and experience for your Rogue specialist. By fulfilling contracts in this way, you will increase the level (and perks) of your crew, get equipment from the drop and get good loot. Which affects how many chests and rooms you can open in the next Heist and Grand Heist.

Regardless of which option you choose, remember that Whakano is a great source of Contracts. They cost one Orb of Chance (or 1 orb of Alchemy if the contract is Magic quality). Its assortment is updated every day or when you get a new level, so do not forget to buy them from level 60+. These contracts are great for levelling up your crew, and also serve as a quick way to farm orbs.

Your Crew – how to level up and equip your Rogues

Success and loot from Heist are highly dependent on the selection and preparation of your crew. After all, knowledge of the perks will help determine how you will clear the Heist and what to focus on in the first place. An important point will be the choice of Heist Perk – after all, if you took Vinderi with you, you shouldn’t open all the chests indiscriminately, because his perk significantly increases raising of Alert Level. For this, Karst is best suited, because his perk is ‘reduced raising of Alert Level from opening Chests’. And the higher the total level of his Jobs (skills), the higher the percentage of decrease in the Alert level. Therefore, it is important to level up every member of your crew whenever possible.

Aside from choosing the right Heists perks, the key is to equip your Rogues. They will greatly simplify the execution of a heist, as well as make it possible to open more chests. For example, Nenet with its reduced raising of Alert Level perk and Whisper-woven Cloak with Muting Suffix (a total of 15% reduced raising of Alert Level) will make it possible to open all Small Bronze Chests on the way to the Heist Target, while killing the guards that come across and not activating Lockdown.

The type of rewards that will be in closed rooms in Heist is not random. It depends on Required Job Skills, which are listed on Contracts. Here is a list of the skills and associated rewards:

In Grand Heist, the set of Reward Rooms may differ from the above, but they are always known. There are two ways to understand what kind of rewards are waiting for you in the Grand Heist. Either hover over the Grand Heist item in your inventory and hold down the Highlight items and objects (Default “Alt”) button, or use Whakano’s Reveal Blueprint, and you will see the location and types of rewards.

This is a new type of equipment added to the Heist league. Initially, the player does not have a slot for Thief’s Trinket, so you have to open it. To do this, you need to reach the Curio Display Room in the Grand Heist, but on special maps – Underbelly or Smuggler’s Den. Only there, as a reward, you can get Thief’s Trinket and open a slot for it.

Thief’s Trinket will significantly affect the amount of loot received in Heist and Grand Heist, because very useful mods can roll on them, such as:

The most basic thing is to choose the right crew. Summing up all of the above, you can indirectly squeeze the necessary loot from each grand heist. Yes, this will not always be satisfactory, but knowing the basic principles, you can optimize the clearance of each map.

Thus, if you are planning to farm currency on heists, you should upgrade Karst to the maximum and pick blueprints that will contain rooms with currency. You can always see the information about the drops on blueprints. Below you can see what loot will be on a specific blueprint layout:

If you study the list above you will always know where to farm Thieves’ Trinkets, for example. So planning of Grand Heist is a must if you want to have a successful and profitable run.

Also, don’t forget to reveal all wings of a Grand Heist. You can do it with:

You can switch between them on planning table. After you reveal all the wings don’t forget to reveal all other escape routes. They will make it possible to leave faster. Keep in mind that every wing of a Grand Heist you clear separately, so Alert Level is different for every wing. Besides, you will need to hire a crew for each wing. The specialists can repeat but you will pay for their work.

Don’t ignore the possibility to reroll mods on a contract or blueprint. There are three top priority mods that you should try to roll:

If you craft a blueprint with these modes, reveal all the needed wings and reward rooms, and hire the best specialists to your crew you will get the most profit of such Grand Heist. So learn all the information we shared with you in Heist League Guide and good luck on your Heists! 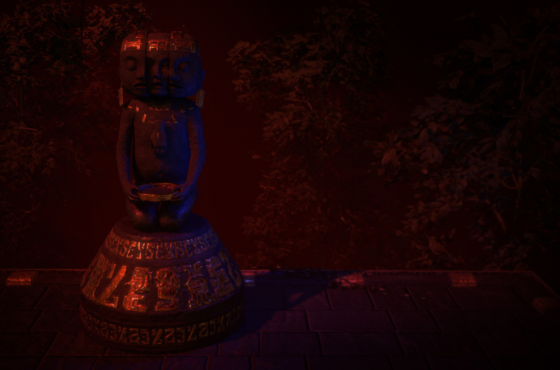