New Path of Exile league is up! Now everyone can enjoy the Heist league. After the first hours of play, we were impressed and sure that current league will be successful. Let’s highlight the main points Heist League mechanics in this guide.

How to get to the Rogue Harbour?

First, you will need to find your first Rogue’s Marker. It is a special currency that works also as a portal to the Rogue Harbour. You can right-click on it in your hideout or in any town to open the portal.

The first Rogue’s Marker can drop from the first non-quest elite. That can be Fire Fury elite in The Cost (Act One), for example. Don’t worry if you skip her, you can get them from the upcoming Raptor.

After you pick up Rogue’s Marker you will engage the quest. Go to Loineye’s Watch and speak with Kurai, the Administrator.

She will tell you some details about their organization and tell you to open the portal to the Rogue Harbour. You can so it right away as the first Heist will be easy to teach you the basics.

In the Rogue Harbour you will find all NPCs that will help you to prepare and execute a heist. Talk with them to learn more. But keep in mind that the Rogue Harbour is a hub where you will see will be able to interact with other players.

We will write a separate guide about the rogues that you will need to hire and to execute a heist. Here we will just mention that there are three starter rogues with three different specialties:

These are the first rogues that will assist you in the heists. There are 9 rogues in total and you will open them as you level up. Learn more in our guide below.

As for the other useful NPCs. One of them you already know it is Kurai, the Administrator. Her main task is to teach you the basics and guide you on the Heist quests.

The other one is Adiyah, the Wayfinder. When you have a contract or a blueprint, talk to her. In the dialogue window on the right, you will see two options. The first one is for contracts, put a contract into the slot and Adiyah will open the portal to the heist location. The second one is for blueprints, it works the same way, but you may want to upgrade your blueprint and plan a Grand Heist first.

Faust, the Fence. He is a trader. You will need to sell him the main item you rob (the one you get by the contract). In return, he will give you Rogue’s Markers. In addition, you can sell him anything you like for common currency as he works just as any other trader.

Whakano, the Barber. This handsome man is very useful for planning a Grand Heist. In the interact options you will see two options:

The first one is the separate location that you can enter from the Rogue Harbour. There you will see the planning table used for planning the Grand Heist. You can put a blueprint into the table slot, plan some parts and leave it there if you need to do something else and don’t want to start the planning all over again.

After you have revealed all the needed rooms and wings with Whakano‘s help you can plan the Grad Heist and click ‘confirm plans’. That will modify your blueprint item. Then you will need to bring it to Adiyah, click ‘Prepare Grand Heist’ and she will open the portal there.

Heist locker is the special chest where you can store your contracts, blueprints, and Rogue Markers. There are several locations where you can find the Heist Locker. The first one is next to Kurai in the Rogue Harbour. The second one is in the Planning Room. And the third one you can place in your Hideout with customization option.

How to get Rogue Markers?

We have written several ways to obtain the Markers. Here we will write the full list of options:

Pretty simple, but we’d like to mention that you will see specific chests in zones that contain Markers and Contracts: Smuggler’s Cache. You can find them anywhere and during the Heist league, later in further leagues they will appear rarely.

How to get Contracts and Blueprints?

In the Heist Locker, you will see that there are nine types of contracts and nine types of blueprints. Moreover, Grand Heist display loot depends on the blueprint layout. They differ from each not only with layouts but also with the guards that contain the location. They will be of different types and will behave differently. You can get contracts and blueprints similar to Rogue’s Markers:

Also, you will see green contracts that you cannot modify or store in the Heist Locker. These are quest contracts that will help you level up the skills of particular rogues. We recommend you so them as you go, so you could get other quest contracts faster. All of them drop randomly but in a similar sequence.

How to Activate and Execute a Heist or a Grand Heist?

As we said above you will need to interact with Adiyah, the Wayfinder in the Rogue Harbour to pick the needed option and slot the desired contract. Click ‘Prepare Heist’ and put the contract into the slot. After that, you will see the details of the heist, you can choose a rogue specialist you need to do the task and confirm it by signing the contract.

After that enter the portal that Adiyah opens for you. You will appear next to the entrance to the heist itself. Enter it when you are ready. Note that you can leave a heist any time via this rout. You will fail the contract but all the loot you received during the heist will remain with you. That can be useful if you got the item or currency that you are afraid to loose on death.

You can open any chest you want but that will influence the level of alert. Try to skip the guards to avoid alert and get to the final location with some space on your Alert level bar. After you break the glass of the final lot, you’ll raise the alarm. Your task is to get out of there alive, if you fail all the loot you picked up will disappear and the contract will expire. But if you succeed you get all the loot. After you return to the Rogue Harbour don’t forget to withdraw the item to Faust that will finish the contract.

The Grand Heist is the same, but harder. First of all, at the beginning of the game, you will not get a lot of them and the only option is to buy it from other players. After you obtain the blueprint you’ll need to collect a lot of Rogue Markers to reveal all the desired locations with Whakano‘s help. Then you’ll need to plan the Grand Heist on the table in the panning room. There you’ll find that you need even more Markers to hire the needed crew. And even if you have all the currency some of the rogues may not obtain the needed level of skills to execute the Grand Heist. So you will need to execute some simple heists with their help to level up their skills.

After that, if everything is ready you can confirm the plans and interact with Adiyah to Prepare the Grand Heist. The process is typical to a general heist as will like the rules. The only difference is that in Grand Heists you’ll see more displays that look just like the final one. You can get any of them, but not all of them. We remind you that they can contain much useful stuff from alternate qualities gems and items to rogue trinkets that will give new perks to your rogue.

One of the best things is that you can influence the loot that you will receive in a heist. We will write a more detailed guide about it but the main idea is the following. Chest with specific loot (you see icons on those chest on s heist) will contain items depending on the hob of the specialists you took with you. For example, lockpicker will force the heist to provide you with currency chests.

With the recent patches, there have been implemented some changes regarding Alert Level. Now killing guards doesn’t raise Alert Level, but the penalty for opening chests is significantly raised. Moreover, during the run, you can see Observer totems around the facility which will stack your Alert Level really fast! You can see how it looks below, also, you can destroy them. So if you notice an Observer totem don’t hesitate and hit it or run away as fast as you can.

We will more Path of Exile Heist guides in the nearest future to help you get all the benefits from the league.

Since early childhood, I was fond of gaming. I played Doom 2, Red alert 2 (with all possible DLCs) and, of course, The Sims. I grew up but my passion didn't go away. So now I am writing about the stuff I love the most: video games!
Related Posts 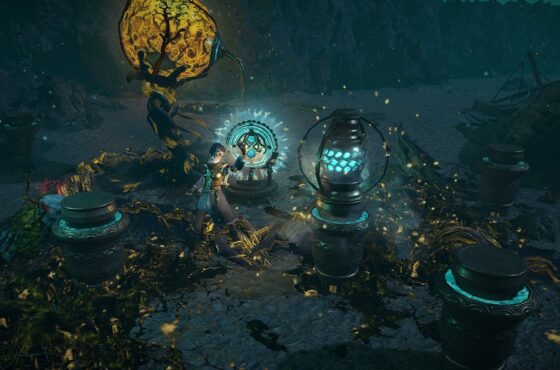 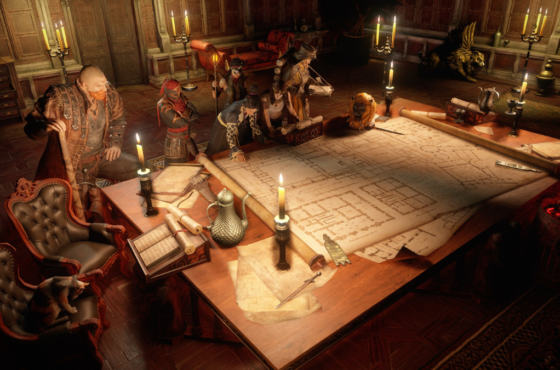 League of Legends K/DA ALL OUT Skins