The Sims 4 Realm of Magic Review

In this The Sims 4 Realm of Magic Review, we rate the last game pack in The Sims 4. Now it is available on both PCs and Consoles so everyone can dive into the world of magic. We rated it 7.4/10, because, the game still has some issues and there is a way to become better.

Our Realm of Magic Review starts with rating new gameplay features that come in every gamepack. First of all, you get new abilities of becoming a witch or a wizard. You get all thing related to this: casting spells, obtaining a wand improve your magician skills.

In addition you’ll see a new town called Glimmerbrook. Its main feature is a magical portal that takes you to the magic base in other dimension. Although, magic realm looks really cool Glimmerbrook leaves much to be desired. As it is very small and besides, that portal has nothing interesting. In the realm of magic you will find three islands for learning magic, training on duels and experimenting near the cauldron.

After becoming a witch you’ll see that you can improve your skills in three magical schools. Spells are grouped for each school. Some of them will help you around the house, other will make you really mighty and the third ones will let you make some rough jokes with other sims. Also, there is an opportunity of becoming a great alchemist by creating magic potions.

The most fascinating thing is that you can upgrade your magical skills with a help of two skill trees. The one will enhance your abilities the other one is a spell book. You will, also, have to learn magics to learn new better skills. You can do so studying spell books, practicing magic and asking other wizards to train you. The other great thing is that you can obtain magical pets, that will help you during duels or while making magic. Of course, you’ll also see new clothes, looks and furniture to fit your new magical spirit.

As we already said realm looks magnificent with all its islands and outstanding looks. Although, animation is made really wizardy, you will see that it is a bit repetitive. Especially when it comes to casting with wand and with bare hands.

But all staff that comes in the game pack looks really good. Wear your new witch outfit and you’ll see.

There is nothing specific about controls it this game pack. But we thinks that it could have been more handy. As now you need to scroll and come through many dialogue options to cast a spell on anyone or anything.

Sound and music fits the theme perfectly. It is very atmospheric. As for the narrative, you are crossing the portal and become a newbie wizard, who is about to become a legendary mage.

Sounds pretty interesting, isn’t it? You can visit Origin now and buy the pack if you are ready for such an adventure. 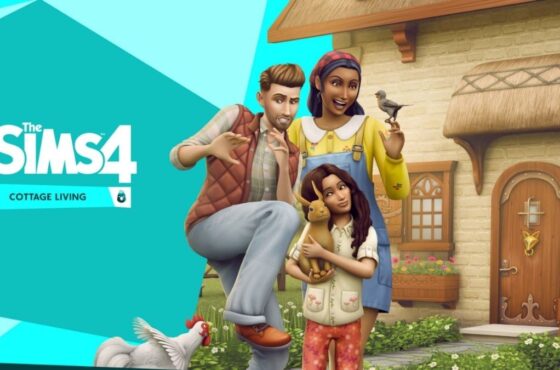