A new patch in TFT unlocked a new mode called Double Up. It is a new mode that is now in BETA but is very interesting and promising. In this post, we will briefly tell you a bit about it.

At the current state, TFT has got 4 playable modes that you can choose from when you create a game. Those modes are:

The first two modes are related to the original TFT the only difference is that in Normal you play without ranks while in Ranked mode the results of your games will be measured and rated according to the TFT ranking system. Hyper Roll is a mode that was added in the previous TFT Set. It is a fast and dynamic mode that has its own ranking system. You cannot play Hyper Roll without rankings. You can read more about Hyper roll here and about the Hyper Roll ranking system here. And so we come to the description of Double Up.

What is Double Up?

It is a new game mode in Teamfight Tactics where your group with one player to play against other players. You can play with your friend or let the game group you up with some other random player. So how to play Double Up with your friend.

Creat a TFT game and tick Double Up. When you confirm you will see party details. If you want to play Double Up with your friend you can invite him to the game at this step. Click on the empty space and invite a friend from the list. You both need to confirm it. Now you can click ‘find match’. You can also leave the empty space and click ‘find match’. In that case, you will be grouped up with another player.

In any case, the gameplay will be the same. So in Double Up there are 8 players, but all of them play in groups of two against each other. This beta mode will last three patches, from November 17th to January 19th. After that, it will be closed to make some final changes and improvements until become fully playable later.

You will see the original TFT gameplay but with some editions related to the team play. You and your partner share HP and the general outcome of the game. So if you lose your partner loses as well, if you win it is a lucky match for both of you. The first time you and your partner go down, you’ll be revived with 1 HP so you can keep on fighting. If either of you loses again though, it’s really game over.

The other important thing is that you can help each other in battles. If you finish your battle at least 3 seconds before your partner you send your remaining champions to his battlefield to help him out and vice versa.

Champions who hop to the other board bring permanent stacks, item effects, and any bonuses from their traits and Hextech Augments, but they don’t gain any new bonuses or add to any traits on the new board. If a trait or ability grants a stack that would usually reset at the end of a round, it resets before champions arrive as reinforcements. Mana also resets, but champions keep the HP they had at the end of their own battle.

Also, you can help each other collect champions. Once in a while, you will get a Rune of Allegiance that you can use on any champion from your board and pass it to your partner with all the items it holds. It means that you can use any champion to pass items or help out a partner to collect the last champion upgrade faster. Every player receives one Rune of Allegiance at the beginning of the game, plus another at stage 4-2 and a third at 6-1.

In addition, there is one more thing. On stages 2-5 and 6-2, one player from each team gains access to an Assist Armory, then the other player gets their chance to return the favour on stages 2-6 and 6-3. In this Armory, you can buy pieces of items, traits, champions etc. All of them automatically appear on your partner’s board as a collectable item.

And the last one. Of course, Double Up matches contribute to pass progression and also counts toward LoL event tokens. 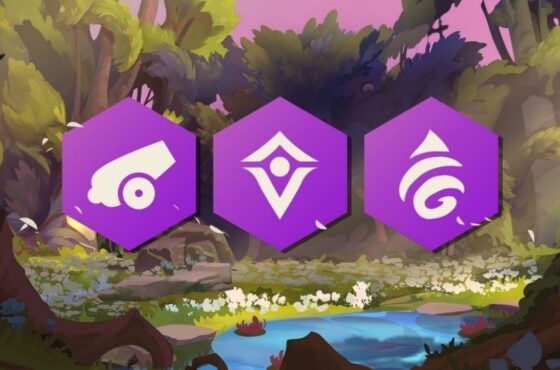