The developers at Live Wire and Adglobe will soon delight players who love Souls-like games. Their new game, Ender Lilies: Quietus of the Knights, is a unique dark fantasy 2D action RPG. As befits such games, a gloomy atmosphere awaits us, with unforgiving monsters and unforgettable boss fights.

The game does not greet the players very welcomingly – dark and gloomy corridors filled with dangerous enemies who attack only when they see the main character Lily. All players know is that kingdom Land’s End was destroyed by the Rain of Death. And you can deal with this secret by defeating bosses and finding various notes and mentions of events from the past.

A lot of cinematics and various well-hidden things and records are waiting for you, which will reveal the lore of the game. And the musical group Mili presented the game with wonderful atmospheric soundtracks that will accompany you throughout the game. All this creates a gloomy and depressing atmosphere of the game, where only Lily is able to stop the curse of this never stop falling rain.

As you might expect, the game is very dynamic. Enemies, and especially bosses, will not give you the opportunity to commit rash acts. Each mistake can be the last, and will send you to the last respite. The game has a special presentation of weapons and skills – in the form of Spirits. Since the main character Lily is unlikely to be able to defeat mortal enemies with her own hands, her weapons will be special units that will fight in her place. Defeating bosses and other key enemies, you can get new Spirits, which in turn will open up new types of attacks and skills. You can choose the playstyle that suits you best by combining different Spirits.

Players will find many unique enemies and beautiful locations that have their own mysteries and features. Explore the world, find valuable resources and information about past events and heroes, unlock new Actions and Relics. And do not forget to improve Spirits, this will greatly enhance their capabilities. The game allows players to choose for themselves how the history of this world will end – your actions and deeds are important!

The game is now available on Early Access on Steam and will soon launch on June 22, 2021 on PC and Nintendo Switch. It will also launch for PlayStation 4 (playable on PS5 via backwards compatibility) on July 6, as well as Xbox One and Xbox Series X | S later in 2021. 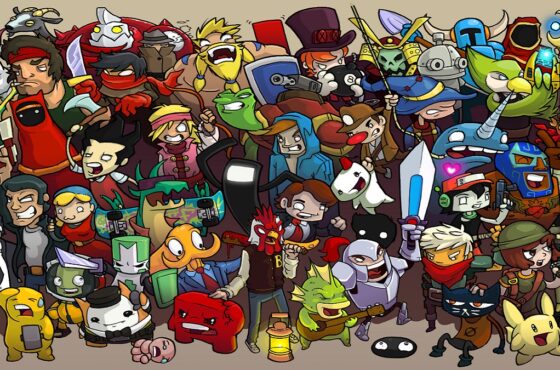